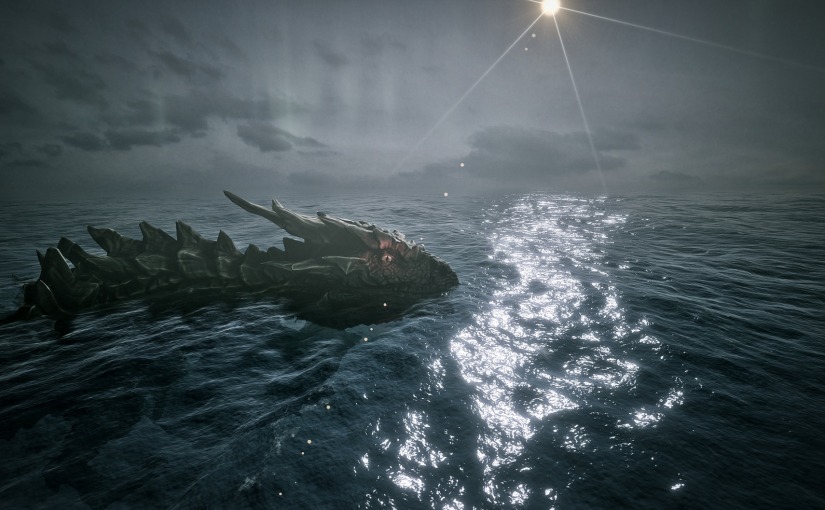 Yesterday, I familiarized myself with the order of the Major Arcana by arranging all 22 cards on a table in front of me. While gazing at the first few cards, some thoughts started popping up. As the primary goal of all this study is to give more space to intuition, I grabbed a notebook and wrote what came to my mind. This was fun, but it also felt a bit uncomfortable, one part of me wanting to read and study from the books first. But thoughts kept flowing, so I let them flow and made some notes.

The first card that gave me an impression was the Empress. A lady dressed in a long white dress made of shiny cloth with, I think, pomegranate patterns. The woman leans on pillows. One roll-shaped red pillow looks like made of velvet. Next to her feet is a white heart-shaped shield with a golden circle and a cross on it. These look like the glyph of Venus. In the background of the card, you can see a forest. On the right side, there is a flowing stream. In the front of the card, you see crops. This card must speak of abundance, maybe worldly belongings in general. Hedonism also came to my mind.

The Magician was the next to whom my eyes gazed. There are four tools on the table in front of him—the symbols of the four suits. The Magician’s right hand is raised, holding a staff. The left hand points down to the ground. The Fool stands for new beginnings, as I know. Seeing the Fool next to the Magician, I got the impression that the Fool is the idea/thought/inspiration—the unseen that through the work of the Magician, by using his tools, gets manifested. Interestingly, in the Fool’s card, you also see an animal (a dog) and a flower. You could further make a case for all elements being present in this card.

Than I got the impression that the four cards following the Magician may symbolize the manifestation of the idea/thought in a dualistic scheme, the spirit–matter, passive–active, female–male components and principles of the creation.

We have two cards with females and two cards with male figures. The spirit side of creation seems to be divided into a feminine and a masculine part symbolized by the High Priestess and the Hierophant. Matter seems to be symbolized by the Empress and the Emperor. The female figures may stand for the passive, receiving part of the principle, the male characters for the active, executive part. If the Empress stands for material wealth than the Emperor is the one ruling over it and taking care of it. If the High Priestess symbolizes the receiving part of the spirit realm, then the Hierophant is the one announcing spiritual matters to the people leading them to live life accordingly.

Interestingly, the High Priestess’ and the Hierophant’s postures and gazes are both straight forward. These two figures give a somewhat detached impression. Between them sits the Empress and the Emperor. They, unlike the High Priestess and the Hierophant, seem to share a mutual attachment. The Empress’ feet are directed towards the Emperor. The Emperor is gazing to his right side, where the Empress sits. I think the Emperor makes his decisions primarily based on his affection towards the Empress. She may symbolize, in a broader sense, all worldly belongings and achievements the Emperor ever got, maybe including the Empress herself?

When gazing at the Lovers card, I felt that this card merges the symbolism of the preceding cards. The card displays two naked human beings. It is the first card showing male and female together. If the preceding cards stand for broader principles, also symbolized through the figures’ clothes and accessories which point to a certain office each of these figures carries out than the two naked figures in the Lovers card are the first humans in the whole deck.

Behind the woman, you see a pomegranate tree with a snake; behind the man, the tree is burning (fire as a symbol of spirit). Of course, this card does remind one of the creation of Adam and Eve, the first human beings, according to the Bible. In man and woman, spirit and matter are combined. Man and woman are part of the creation, a product of the first idea (symbolized by the Fool) but carry themselves the creative power, as seen through their offspring and stewardship over Earth. Man and woman are like the Magician, who gives birth to the idea.

However, putting all impressions together, I see a mercurial nature in the Lovers card. Two people coming from one source, one idea. Like the Fool’s card, the Lovers card, too, shows the sun. The merging of two different sides of two components—spirit and matter—in and through these two people, comes to my mind. Also, in the Lovers card, you see again the snake that shows up as a belt in the Magician’s card. I know that some associate the Magician with Mercury, and the Lovers with Gemini (air of Mercury). Thinking of what I saw in these cards yesterday, I definitely can see a reason for that. Venus is about connecting. So in some way, she may have an affinity with the Lovers card. Still, the card feels much about merging. I see more a mercurial, alchemical symbolism than a romantic one here.

From one of Benebell’s lectures, I learned that the Major Arcana ist divided into septenaries. The first septenary goes from the Magician to the Chariot (cards 1 to 7, the Fool is card 0). I tried continuing the story that came to my mind, including the Chariot card but didn’t get much out of it. It seemed this time I should see a continuation from The Fool to The Lovers. Although, the guy in the Chariot card looks very similar to the one in the Fool’s card and I could draw some significations from that. However, I feel I should leave it here for now.