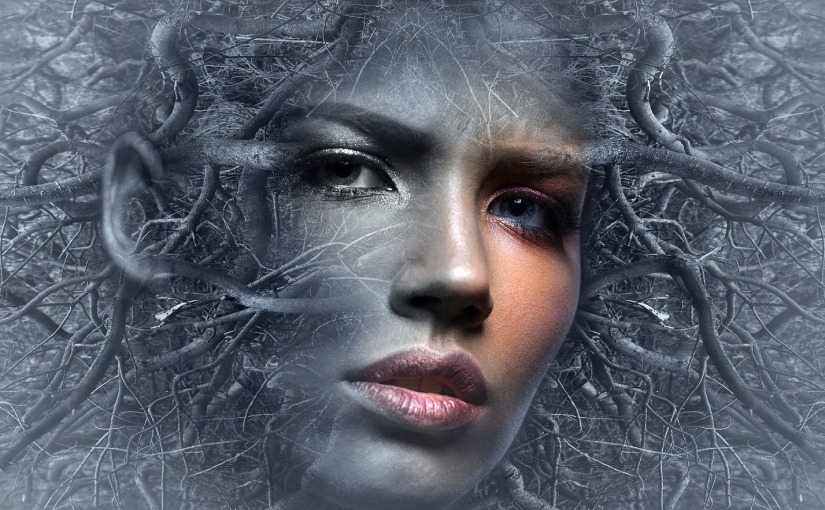 Have you ever been told the language you speak is nonsense? That it isn’t valid? How could anyone ever say something like that, you ask? Right. Well, you may be surprised to hear this happens to some of us on a regular basis. Of course, nonsense is perceived only by someone who listens to a language they don’t understand. Obviously.

I’ve been thinking a lot about communication throughout my professional and personal life. I’ve worked for several years with speech-impaired people who use a variety of augmentative and alternative communication. I’ve also worked with people whose native language is sign language, some of them deafblind. When I was twenty-one, I moved to a new country and learned a new language (Finnish).

I know what it is like to be surrounded by people whose language you don’t speak. I also know the joy of learning that language and experiencing the new possibilities it unlocks. Language connects, and every language has its way of thinking. Learning languages broadens your mind and sets new thought processes in motion because language is tightly linked to the culture and the people who speak it. Language is a key to new understanding. In short, my life has made me experience the richness of various forms of communication, and I’ve also learned to respect different ways of thinking.

According to Merriam-Webster’s Dictionary, communication is “a process by which information is exchanged between individuals through a common system of symbols, signs, or behavior.” Language is the means of expression and communication. It also plays a huge role in shaping our thoughts and making sense of the world. Language helps us give a name to what we experience.

We primarily think of the spoken or written word when thinking of language. Language is more. Memories, visions, and dreams are said to “speak their own language.” Our senses are perceivers and transmitters of information. The eyes see. The skin feels. The ears hear. The tongue tastes. The nose smells. Information can also be transmitted otherwise. You’ve probably heard of a gut feeling, don’t you? As you see, I’m talking here about language and communication in a broad sense. Spoken, written, signed, or drawn words are only information made visible. The message itself is of invisible nature.

Life as a human on planet Earth comes with a set of experiences all humans share. We all go through different phases in life. We know the hopes and wishes we had in childhood, the disappointment of broken dreams, the fulfillment of others, etc. Different is only how it looks, sounds, and feels when we express our experiences to others. The sound and look of our mother tongue differ from other languages.

There is another, literally universal experience among earthlings. We inhabit one of the many bodies in the universe. We all call Earth our home, and we together circle year after year around our Sun.

Language uses symbols. A word is a sound (if your native language is sign language, replace sound with sign). Sounds are symbols. When you were a child, you learned certain sounds were used in certain circumstances by the people in your environment. You learned to connect sound and situation, sound and object, sound and look, sound and feeling, etc.

Sounds became symbols for happy, car, pretty, play, mommy, hunger, etc. You learned to associate sound with what you experienced. Later you figured out how to use these associations to ask for something, i.e., food when you were hungry. Your understanding grew, and as an adult, you are now capable of pondering and discussing abstract concepts, such as morality and freedom. You also have the ability to memorize the past and imagine the future. Your mother tongue gave you the tools to connect with other people and understand life.

Thousands of years ago, humans didn’t only communicate with each other. They also had a vivid relationship with their broader environment, nature, and the cosmos. The sky spoke to our forefathers and mothers. They learned to connect the dots between the movements of heavenly bodies with events on Earth.

Like a child who learns to associate sound with objects and situations, these people observed the relationship between what happens above in the sky and what happens below on Earth. Our ancestors knew the planets conveyed messages. They took these messages to heart and acted accordingly. They saw a reflection of their experiences in the movement of the planets. This was communication on a huge scale. Our forefathers and mothers learned creation is in constant communication with itself. They saw the bigger picture.

Let’s talk about communication between individuals. Communication happens between sender and receiver. For it to be successful, both parts have to use a language both know. That requires both have first learned this language. They need to learn to separate sounds to identify single words. Their hearing has to get used to the sound of this language. They have to learn how to pronounce words correctly in order to be understood, etc. Still, sometimes, even when we speak the same language, we don’t understand each other.

Language is only a tool to convey a message. The message can be an idea, a thought, a concept, a feeling, or a vision. We may understand the words our opposite uses, but we may not grasp what they are talking about. You can read this blog post, but do you hear me? Do you understand what I am trying to tell you? You may think you know what I am talking about because this text is written in English, which may be your mother tongue or a language you master well. Still, there is always the chance for misinterpretation. Interpretation is an essential part of communication.

Interpretation happens all the time. Everything around us has its meaning, its message. When you see that the plant’s leaves on the windowsill in your living room are hanging, you know something is wrong. The plant communicates. Maybe it needs water? Smoke smells out of your kitchen? Better hurry and take that steak from the stove! Sometimes, however, you may misinterpret what you perceive. Your plant’s hanging leaves may be caused by over-watering instead of dehydration. Is it the plant’s fault you drew the wrong conclusion?

Of course, this is not exactly comparable with communication between humans. But you know, some people really understand the language of plants. Others study the behavior of animals. It is long known, that animals show unusual behavior before natural disasters. Humans have been interpreting their surroundings, including the behavior of other creatures and the planets in the sky for millennia. Some know how to interpret the behavior of birds, the weather (are you following the weather forecast?), or dreams.

Astrologers track and study the movements of celestial bodies and their meaning. Astrologers are interpreters and translators. When you come along astrological information on the Internet, you may be able to decipher the words, but you may not understand the meaning behind them. I am not talking about special terminology. I’m talking about not knowing the system. It is strange to read something in a language you know but not be able to grasp the concept.

The tricky thing is, you may assume you get the message, but you don’t. Studying astrology means studying a bunch of concepts and techniques rooted in ancient philosophies. It takes long-term commitment to learn and grasp this age-old body of knowledge, not to speak of the effort it takes to learn how to translate astrological symbolism to someone not being versatile in the system of astrology.

Some people think they can—based on a few things they’ve read online—debunk astrology. Can you believe it? Astrology is not something you can learn by reading a few articles, surfing a few pages on the internet, or watching a few videos on YouTube. You wouldn’t expect to learn the Chinese language that way either, wouldn’t you?

Everyone who has ever learned any other language than their mother tongue knows how much time and effort is required to get versatile in a new language. It takes hundreds of hours of study and years of practice, and an open mind. Astrology is no different. Is it valid? Sure it is – like the language you speak and use on a daily basis to connect with your environment and make sense of the world.

I’m closing this blog post with a question related to our shared experience as humans on planet Earth. Could we have a shared language? If you don’t agree with the answer implied in this article, I hope you at least agree with this one: the language of goodwill and respect. May it unite us, whatever other language each of us thinks and speaks in daily life.